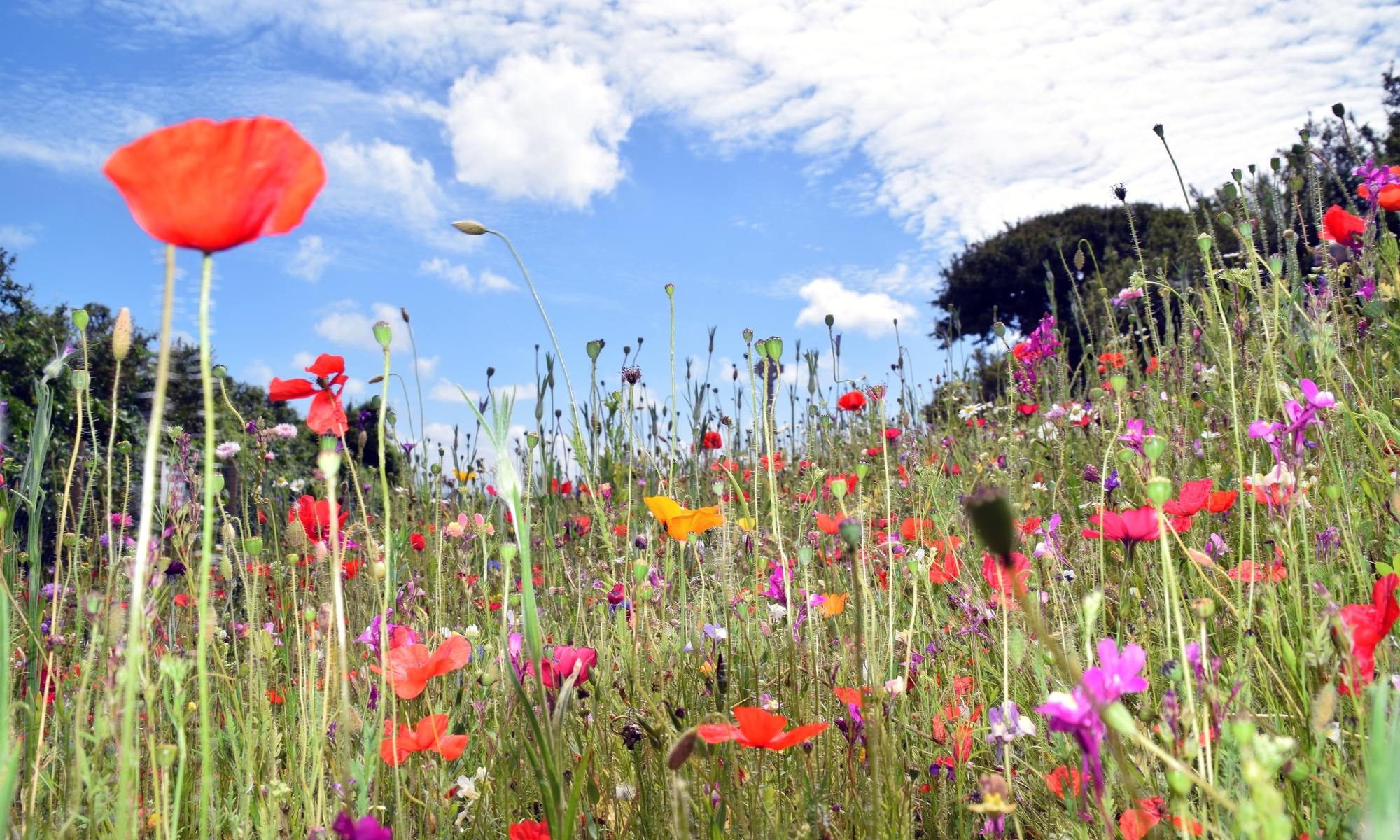 A B-Lines network for England launched by conservation charity Buglife, will create a nationwide network of potential and existing wildflower habitat for bees and other insects. The B-Lines described as ‘insect pathways’ are designed to identify where to create new habitat and will provide the greatest benefit for pollinators and help restore the declining populations of bees, butterflies, hoverflies and other pollinating insects.  These rivers of wildflowers will criss-cross the country from the South West to the North East enabling pollinators, and other wildlife, to move across the landscape. During Bees’ Needs Week (13th to 19th July 2020), Buglife called on organisations and individuals to help by planting wildflowers along the B-Lines. Buglife calls the B-Lines a “big solution to a big problem” which is the sharp decline in wild pollinators. Collective work like farmers in Dingley Dell Pork farm in Suffolk helping to feed over a million bees has helped, but Buglife says more work must be done to restore lands where insects are abundant and to inspire future generations. The completion of the England B-Lines map was supported by Defra (Department for Environment, Food and Rural Affairs) and a national network of B-Line corridors has been mapped with the help of hundreds of national partners and experts.  Environment minister Rebecca Pow said she was “hugely grateful” for the continued work of Buglife in helping to pollinate insects and has urged everyone to do “simple things”. “Pollinators play a crucial role in food production and agriculture, and are also vital to our ecosystem. They are our unpaid army of friends,” she said. “During this unprecedented time, many of us have connected with nature more than ever before, I would urge everyone who can, to do simple things – like growing more flowers, growing them for as long a season as possible, and cutting grass less often.” Data published in a report by POST (The Parliamentary Office of Science and Technology) in March this year, claimed that of the 2430 insect species assessed by Natural England, 55 have gone extinct and 286 (11%) are threatened. Catherine Jones, Pollinator Officer at Buglife called the B-lines network a “real landmark” in helping to “reverse insect declines and lend a helping hand to our struggling pollinators”. “We hope that organisations and people across England will help with our shared endeavour to create thousands of hectares of new pollinator-friendly wildflower habitats along the B-Lines,” she added. BugLife is encouraging everyone to add a pollinator habitat on its online map and to share on social media using #BeesNeeds. They have also outlined a Bees’ Needs ‘5 Simple Actions’ plan which is: You can read more about Buglife’s amazing work on their website.

In 1921… Rosalyn Sussman Yalow was born. Rosalyn was co-winner of the 1977 Nobel Prize in Physiology or Medicine for development of the radioimmunoassay technique. She was only the second woman to receive the prize in physiology or medicine.